SABRE Making Grown Men Cry Since 1975! Since 1975, Security Equipment Corporation has committed itself to producing the most effective defense spray possible. Give yourself the protection you deserve. Choose SABRE, the industry leader! SABRE's, Advanced 3-in-1 Formulation, contains Red Pepper, CS Military Tear Gas and an Ultraviolet Marking Dye to aid in suspect identification. SABRE, our most popular formulation, combines the inflammatory effects of Red Pepper with the severe facial irritation produced by CS Tear Gas to produce an effect which is superior to any single ingredient defense spray. SABRE provides you with the following advantages: 5x's more shots per canister - most key chain units contain approximately five (5) shots while SABRE contains approximately twenty-five (25). Advanced 3-In-1 Formulation provides increased stopping power. UV Marking Dye for suspect identification. 4 year expiration date is up to 2 years longer than most other sprays. Guaranteed Heat - Security Equipment Corporation's High Preformance Liquid Chromatography (HPLC) Laboratory scientificaly ensures heat specifications are met in every canister. No other manufacturer provides on-site HPLC technology to guarantee the strength of their sprays. PEPPER SPRAY: 10 MOST COMMON EFFECTS Recently with the influx of Occupy Protests, there has been an increase in law enforcement usage of Oleoresin Capsicum (OC) or Pepper Spray. Over the past few weeks, nearly every media outlet in the country from Fox News to the New York Times has shed light on pepper spray deployment to disperse protestors and crowds. In fact, OC sprays commonly referred to as mace, personal safety sprays and pepper spray have become an internet meme and with that, several questions, myths and misinformation have circulated. Many wonder how dangerous is pepper spray and what are the most common effects. In July 2008, the Force Science Research Center released the results of a study ranking the ?risks of injury from 5 major force options? available to law enforcement officers. The study, conducted by the Calgary Police Service and Canadian Police Research Center, focused on the following most common force options: Empty-hand control techniques Baton OC spray (pepper spray) Conducted energy weapons (Tasers) Lateral vascular neck restraint OC spray or pepper spray ?produced the lowest rate of injury?. In fact, ?more than 80% of the sprayed subjects sustained no injury whatever and no injuries were fatal or even resulted in hospitalization?. Additional information can be found at www.Force ScienceNews.com. Having addressed the safety aspects of pepper spray above, here are the ten (10) most common effects one may experience after having been contaminated by OC sprays: Swelling of Mucous Membranes of Eyes, Nose & Throat Nasal & Sinus Discharge Coughing Shortness of Breath Drying of the Eyes Involuntary Eye Closure Painful Burning of the Skin Analgesic Effect Hyperventilation & Potential Increase in Blood Pressure Psychological Effects: Fear, Anxiety & Panic The majority of the above are self explanatory. The biggest advantage pepper spray provides the user, whether law enforcement or civilian, is the involuntary eye closure. Even if the subject cannot feel pain due to drugs, alcohol or being emotionally disturbed, the inflammatory effects of pepper spray cause the eyes to close temporarily when the ocular area is saturated. Points 8 through 10 do require further explanation. Capsaicin, one of the five (5) major capsaicionids which provides the active ingredient within pepper spray, is also commonly used in sports creams to temporarily relieve, reduce or numb muscle pain. In some cases, pepper spray will also eventually numb the skin causing the effects to subside. This does not mean the individual is fully decontaminated, which is why some re-experience the effects several hours later. Full decontamination occurs after the capsaicinoids are removed from the eyes, pores and outer skin. Moving on to points 9 & 10, the effects of pepper spray are often quite intense which can cause fear of the unknown, anxiety and panic to take place. These psychological effects can cause hyperventilation and a temporary increase in blood pressure. It is important to note that all of the ten (10) effects listed above are temporary. Police and civilians alike have depended on pepper sprays for over twenty-years because they provide protection at a safe distance and are one of the safest and most reliable force options available. For more information, you may wish to review the three Pepper Spray ?Research in Briefs? released by the National Institute of Justice. 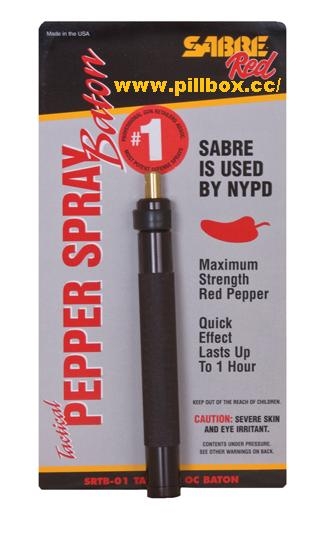 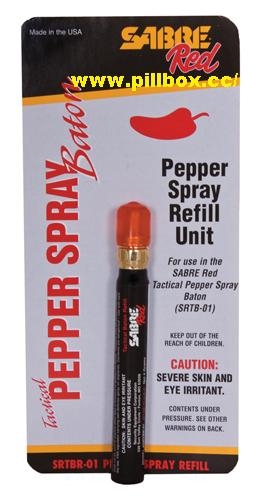 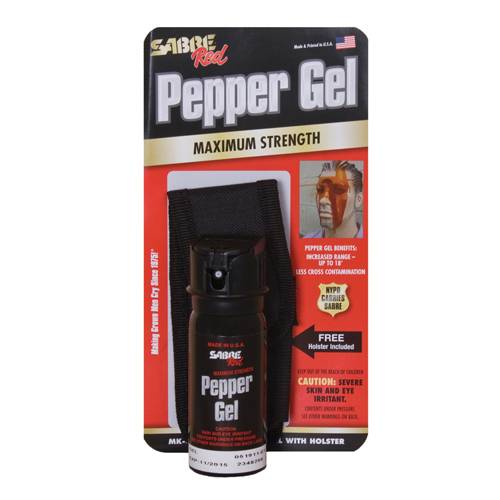